Trump At G7: US Will Stop Trade If New Deals Aren't Negotiated 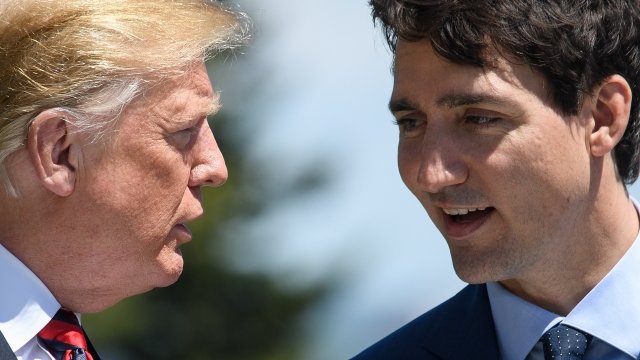 President Donald Trump focused on trade disputes with allies at the G7 summit.

In a news conference Saturday, Trump blamed former U.S. leaders for trade deals he says are harmful to the country. He said the U.S. would stop trading with certain nations if better deals aren't negotiated.

Specifically, the North American Free Trade Agreement has been a contentious issue with Trump and Canadian Prime Minister Justin Trudeau. Trump said the deal would either be renegotiated or split into separate deals with Canada and Mexico.

Tariffs were also a focus of trade meetings; Trump said he would prefer trade without tariffs or subsidies.