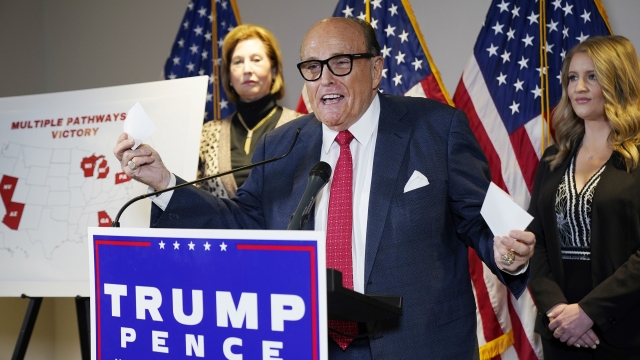 The House committee investigating the U.S. Capitol insurrection issued subpoenas Tuesday to Rudy Giuliani and other members of Donald Trump's legal team who filed bogus legal challenges to the 2020 election that fueled the lie that race had been stolen from the former president.

The committee is continuing to widen its scope into Trump's orbit, this time demanding information and testimony from Giuliani, Jenna Ellis, Sidney Powell and Boris Epshteyn. All four publicly pushed Trump's baseless voter fraud claims in the months after the election. 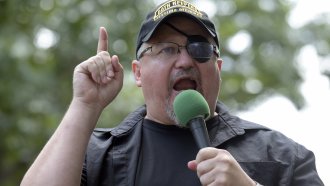 Epshteyn in a tweet called the committee illegitimate and its efforts part of a "witch hunt" against Trump and his supporters.

Trump's legal team sought to overturn the election results in the battleground states by filing lawsuits alleging widespread irregularities with ballots and claims by partisan poll watchers who said they couldn't see everything going on, in part because of precautions taken as a result of the COVID-19 pandemic. More than 50 lawsuits were filed, mostly in battleground states.

The lawsuits were soundly batted down in the courts, sometimes within days of filing. But the legal challenges and the multiple press conferences held by Giuliani and others helped galvanize Trump supporters behind the idea that the election had been stolen, even though Trump's own attorney general said there was no evidence of widespread fraud.

The committee said it is seeking records and deposition testimony from Giuliani, the 76-year-old former New York City mayor once celebrated for his leadership after 9/11, over his promotion of election fraud claims on behalf of Trump. The panel is also seeking information about Giuliani's reported efforts to persuade state legislators to take steps to overturn the election results.

The nine-member panel is also demanding information from Ellis, a legal adviser who the lawmakers say reportedly prepared and circulated two memos that analyzed the constitutional authority for then-Vice President Mike Pence to reject or delay counting the electoral votes from states that had submitted alternate slates of electors. Pence said he had no such authority.

The last person subpoenaed Tuesday by the committee is Epshteyn, a former Trump campaign strategic adviser, who reportedly attended meetings at the Willard Hotel in the days leading up to the insurrection. The committee said Epshteyn had a call with Trump on the morning of Jan. 6, 2021, to discuss options to delay the certification of election results in the event of Pence's unwillingness to deny or delay the process.