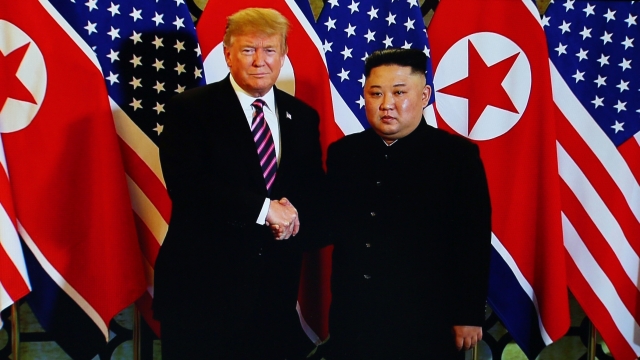 President Donald Trump reportedly demanded that North Korea transfer all of its nuclear weapons and bomb fuel to the U.S. during the failed summit in Hanoi, Vietnam last month.

That’s according to a document obtained by Reuters which reports that it was the first time President Trump detailed exactly what he meant by denuclearization.

The demands would have required North Korea to stop the construction and operation of its nuclear facilities, get rid of all nuclear infrastructure and transition nuclear scientists and technicians to different commercial roles.

Analysts say the demands were reminiscent of the White House’s "Libya model." Back in 2004, Libya transferred its nuclear weapons to the U.S. Seven years later, the U.S. worked with NATO in a military operation against the Libyan government. North Korean officials have repeatedly rejected any plans that they feel would lead to the same fate.