Trump: Apple Will Not Be Excluded From Potential China Tariffs 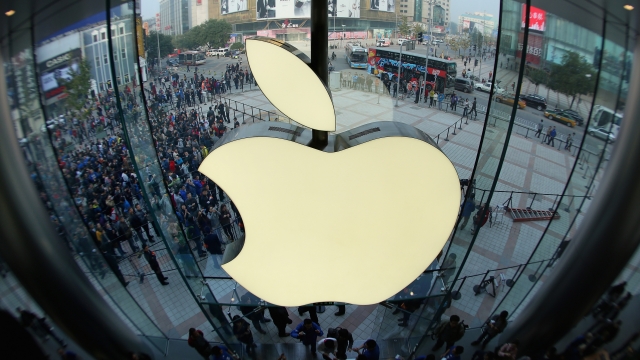 President Donald Trump made it clear Friday that Apple won't be getting any special treatment if additional tariffs are placed on China.

President Trump tweeted: "Apple will not be given [a] Tariff waiver, or relief, for Mac Pro parts that are made in China. Make them in the USA, no Tariffs!"

Last month, multiple outlets reported Apple is planning to shift Mac Pro production from Austin, Texas, to a factory near Shanghai. The company said customers will be able to order the newest Mac Pro in the fall, starting at nearly $6,000.

Of course, the U.S. is still in a trade war with China. The Trump administration recently proposed a 25% import tax on $300 billion in Chinese goods that aren't already tariffed. The administration has shelved that plan for now. But if it goes through with it, tech companies are worried it'll force them to raise prices and, in turn, hurt their bottom lines.

Back in June, more than half a dozen tech companies, including Apple and Microsoft, wrote a letter to the Trump administration asking for products they make in China to be excluded from the proposed tariffs.