President Trump Outlines Plan To End HIV Epidemic In US 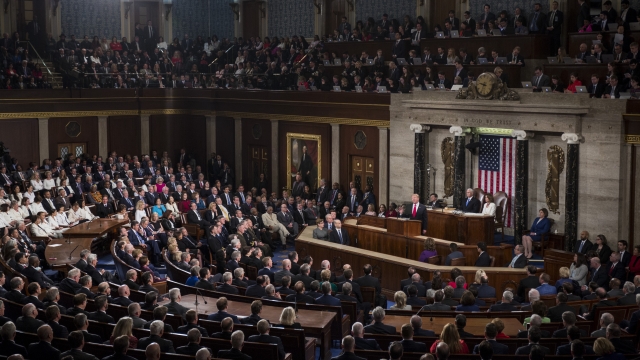 President Donald Trump's State of the Union address covered a lot of ground, and one goal in particular surprised some Americans: a plan to end the country's HIV epidemic within roughly a decade.

"My budget will ask Democrats and Republicans to make the needed commitment to eliminate the HIV epidemic in the United states within 10 years," Trump said.

The plan is to get medication to the people most at risk, focusing on 48 counties where half of new HIV cases occur.

Alex Azar, secretary of health and human services, said most new cases are "highly concentrated among men who have sex with men; minorities, especially African-Americans and American Indians and Alaska Natives; and those who live in the Southern United States."

But some say they're skeptical about the plan. Cecilia Chung, the co-director of policy and strategic projects at the Transgender Law Center, told Washington Post she is "surprised and fearful" because she is nervous the Trump administration won't deliver.

Her concern isn't unfounded. In 2017, Chung was on the president's HIV/AIDS advisory council when President Trump fired all its members. Then, just last year, President Trump reallocated funds from HIV research to pay for the controversial policy of separating migrant children from their parents.