Helsinki Is A Natural Fit For The Trump-Putin Summit 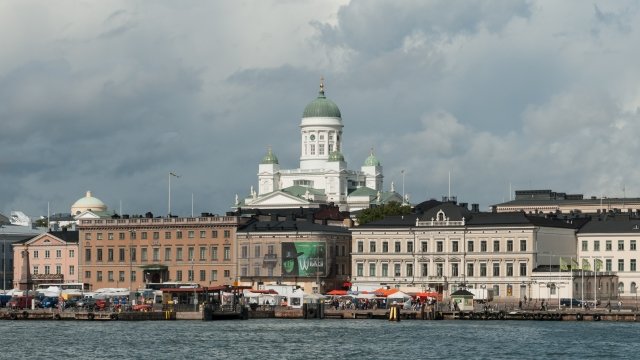 SMS
Helsinki Is A Natural Fit For The Trump-Putin Summit
By Matt Picht
By Matt Picht
July 13, 2018
Historically speaking, Finland's capital city Helsinki has been an ideal place to host summits between the U.S. and Russia.
SHOW TRANSCRIPT

It shouldn't be much of a surprise that President Donald Trump and Russian President Vladimir Putin picked Finland's capital city, Helsinki, for their first major summit together. The city has a long history of acting as a diplomatic bridge between the U.S. and Russia.

Finland stuck to a careful neutrality during the Cold War, keeping out of both the West's NATO alliance and the Soviet's Warsaw Pact. That neutrality made it an ideal player for negotiations between the two great powers.

Helsinki was most notably the site for the 1975 Helsinki Accords, which helped establish terms for how the U.S., Russia and Europe would engage with national security and human rights issues. President George H.W. Bush and Soviet President Mikhail Gorbachev also held a meeting in Helsinki about tensions in the Middle East. And President Bill Clinton met his Russian counterpart Boris Yeltsin there in 1997 to discuss arms control and other issues. 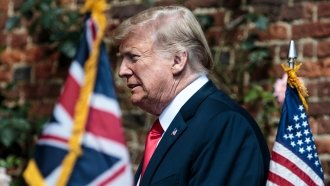 Has President Trump Gone Easy on Putin and Russia?

Today, Finland has moved further toward the West than it was during the Cold War: the country is a member of the European Union and has contributed to several NATO missions even though it's not a formal member of the alliance. Despite that, Finland has taken care to keep warm relations with Russia.

Trump and Putin are expected to hit on a lot of familiar themes in their summit, including European security, Middle East tension, and nuclear weapons control. They're also expected to talk about Russia's annexation of Crimea from Ukraine and alleged meddling in the 2016 U.S. elections, though so far there hasn't been much indication that the two leaders will reach a major breakthrough on those issues.