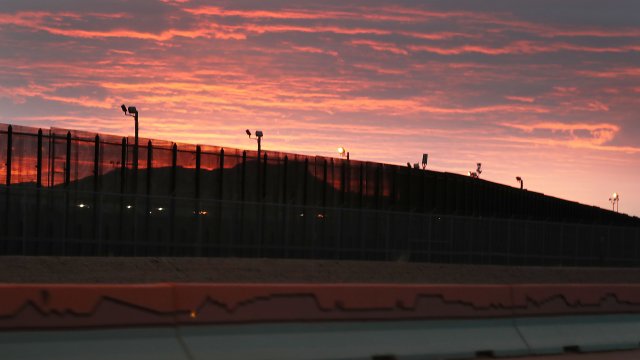 The city of El Paso, Texas, is the latest political flashpoint in President Trump's quest to secure funding from Congress for additional wall construction on the U.S.-Mexico border.

The president is holding a rally in the city Monday to tout what he sees as a border wall success story. A 2006 law added new fencing to separate El Paso from its Mexican neighbor Juarez.

It's true that El Paso is significantly safer than Juarez: the two cities have vastly different relative murder rates, for instance. But El Paso's violent crime rate has mostly followed national trends: new border fencing hasn't made much of an impact on local crime.

City officials insist El Paso has never been an especially dangerous place, wall or no wall.

El Paso Mayor Dee Margo said on CNN: "We were going back to 2005 one of the safest cities in the nation. The barrier went up, and it's only about 10 miles long. ... Now, it's part of the process for border security, but its not a total panacea."

And El Paso has a more symbiotic relationship with Juarez than the fence would suggest: tens of thousands of people legally cross back and forth over the border every day.

Former U.S. Representative Beto O'Rourke is hosting a counter-rally in El Paso during the president's visit. O'Rourke wants to highlight a different approach to U.S. immigration: one that includes pathways to citizenship along with stricter border security.

Right now, neither vision is picking up much momentum in Congress as the deadline to avoid another government shutdown gets closer and closer.