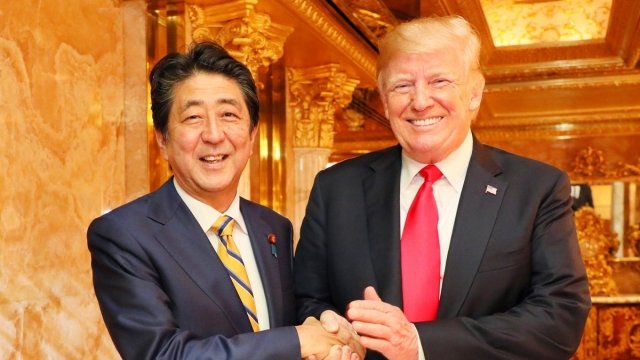 By Caitlin Baldwin
September 24, 2018
The two leaders have a lot to discuss, including trade and North Korea.
SHOW TRANSCRIPT

President Donald Trump and Japanese Prime Minister Shinzo Abe are going to be seeing a lot of each other this week.

On Sunday, the two met at Trump Tower in New York for dinner. Abe said the meeting was "frank and constructive."

The two are set to meet at Trump Tower again on Monday, and are scheduled to have a sidelines meeting at the U.N. General Assembly this week.

Trump and Abe have a lot to discuss, including a lingering trade dispute and the complete denuclearization of the Korean Peninsula.

In May, Trump threatened to impose a 25 percent tariff on automobile imports, a key trade industry for Japan.