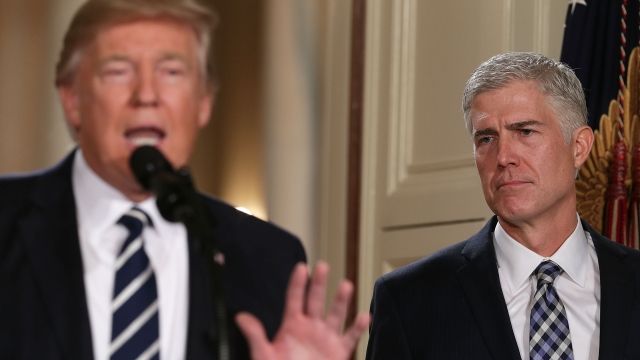 It appears President Donald Trump is at odds with his Supreme Court nominee.

"When anyone criticizes the honesty, integrity, the motives of a federal judge, I find that disheartening. I find that demoralizing, because I know the truth," Judge Neil Gorsuch said at his Senate confirmation hearing.

During day two of Gorsuch's Senate confirmation hearing, Sen. Richard Blumenthal, among others, asked Gorsuch about Trump's criticism of judges who've ruled against him.

In February, U.S. District Judge James Robart ordered a national halt on the Trump administration's first travel ban, arguing it was unconstitutional due to its religious discrimination. Trump responded to that ruling in a tweet, questioning the opinion of the "so-called judge." 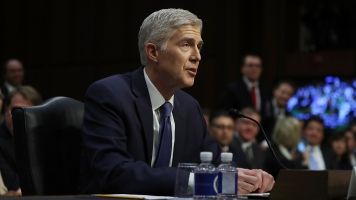 During a private conversation with Blumenthal in February, Gorsuch reportedly called the president's comments about judges "disheartening and demoralizing."

Gorsuch wouldn't talk specifically about the commander in chief. Instead, he answered the pointed questions broadly.

"I have to speak in general terms. I'm not talking about any case or controversy," Gorsuch told Sen. Mazie Hirono.

Blumenthal directly asked if his opinions applied to anyone, including the president.

"Anyone is anyone," Gorsuch said.