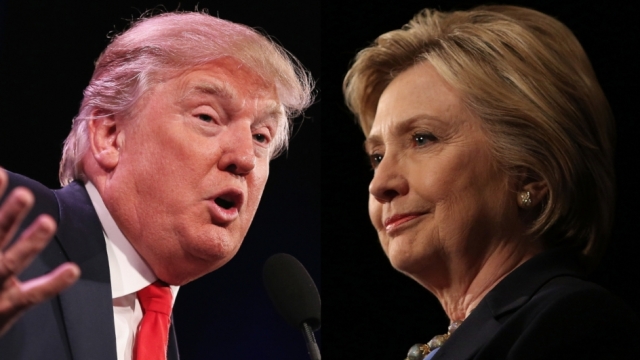 This is going to be a long six months.

Donald Trump and Hillary Clinton both say they want to face off against each other.

But a new poll shows they're effectively tied in three swing states.

In Florida, Ohio and Pennsylvania, Trump and Clinton are polling in the same range, according to a survey conducted by Quinnipiac University.

In Pennsylvania and Florida, Clinton beats Trump by just 1 percent, and in Ohio, Trump beats Clinton by 4 percent.

The survey found large divides among voters along fault lines of race, age and gender — Trump does better among older voters, white voters and men, while Clinton is more popular among young voters, women and voters of color.

But when the survey asked about Sen. Bernie Sanders versus Trump, things weren't so close. Sanders beats Trump by at least 2 percentage points in the three swing states.

This video includes images from Getty Images and clips from KXLY, Donald J. Trump for President Inc.,C-SPAN, Hillary for America and Bernie 2016.