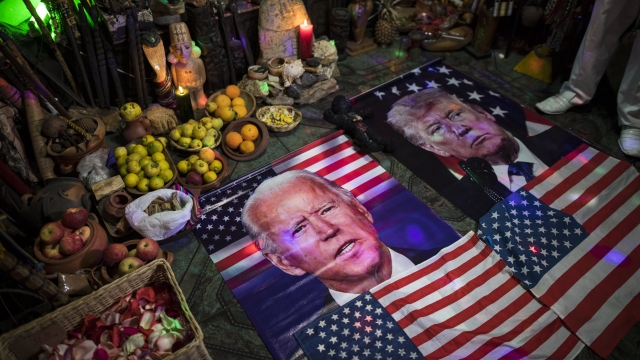 "Trump and Biden are day and night when it comes to election issues," says Joshua Kleinfeld a law professor at Northwestern University.

The differences start with how Americans should cast their votes. President Trump claims mail-in voting will lead to widespread fraud, without evidence and in contrast to other Republicans. Vice President Biden and Democrats call it safe and secure, especially in the coronavirus pandemic.

"I would try to not throw into question the legitimacy of the election like this president and the people around him have done," Biden said.

Biden has said voting rights keep him up at night and that everyone who wants to vote should be able to, including felons who have carried out their sentences. Trump says voter ID laws are needed to safeguard the election and that felons shouldn't have their voting rights restored.

When it comes to interference from adversaries overseas:

"Trump for the last four years has been minimizing it. Joe Biden has been emphasizing it to a greater extent. But there's evidence that President Obama and Vice President Biden, as his vice president, didn't take it seriously when it was happening," Kleinfeld says.

And then there is how the election will end ...

"There's no question that there's a difference in the major party candidates about the extent to which they're willing to accept the results, including results they don't personally like," says Levitt.

Biden says he'll accept the "full results" of the election, so long as every vote is counted.

"Well, we're going to have to see what happens," Trump said at a news conference.