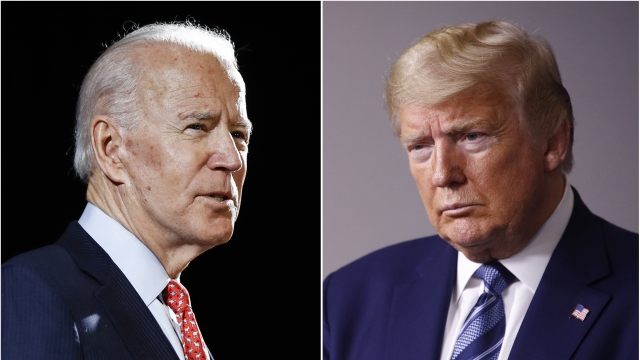 As President Donald Trump and Democratic nominee Joe Biden meet on the debate stage for the first time, they head into the event having run drastically different campaigns. President Trump is back to holding in-person rallies and events, despite COVID-19 concerns.

For Vice President Biden, his campaign is being more cautious, with either small or mostly virtual events.

"This reflects their different approaches to the Coronavirus," said Todd Belt. "The Trump campaign wants to say, we've got a handle on this. Everything's getting back to normal. Look at how we're campaigning. Everything is normal and exactly the reverse from the Biden campaign.

President Trump has kept up a busy schedule making several stops in at least six states just last week alone. The Trump campaign points to the enthusiastic crowds as evidence that they will be victorious in November. Vice President Biden made three in-person campaign stops the same week.

"But my sense is that those sort of efforts you're talking about making a difference of maybe a percentage point or two here or there," said Thomas Holbrook, And certainly if it comes down, you know, on November 3rd, it's looking like this thing's almost a toss up. I think that's the type of thing that you could point to and say that might make the difference."

Joe Biden still leads President Trump in national polling and in most battleground states but the President appears to be closing the gap in the key states like North Carolina and Florida with about one month to go before Election Day. For Newsy, I'm Willie James Inman.