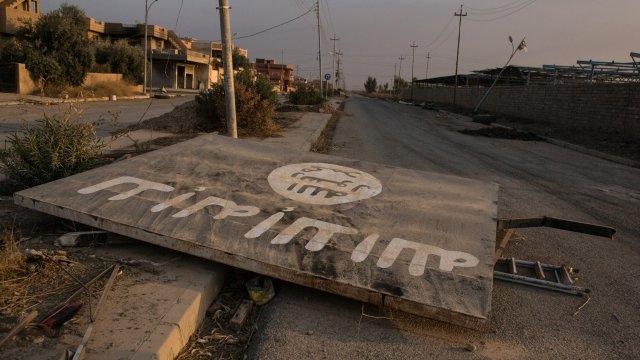 SMS
Fact Check: Trump Says 'Almost 100 Percent' Of Land Freed From ISIS
By Jake Jones
By Jake Jones
January 30, 2018
The president made the statement in his first State of the Union address.
SHOW TRANSCRIPT

President Donald Trump declared ISIS all but defeated in his first State of the Union address.

"Last year, I also pledged that we would work with our allies to extinguish ISIS from the face of the Earth," Trump said. "One year later, I'm proud to report that the coalition to defeat ISIS has liberated very close to 100 percent of the territory just recently held by these killers in Iraq and Syria."

Reports quoting U.S. officials confirm that 98 percent of the Islamic State's so-called caliphate in Iraq and Syria has been taken back. Roughly 3,000 fighters are left. At its largest, ISIS commanded about 25,000 militants.

Despite that, Trump said there's "more work to be done." That's also probably true; the Pentagon anticipates ISIS will operate as a more traditional terror group now that it has lost its territory.