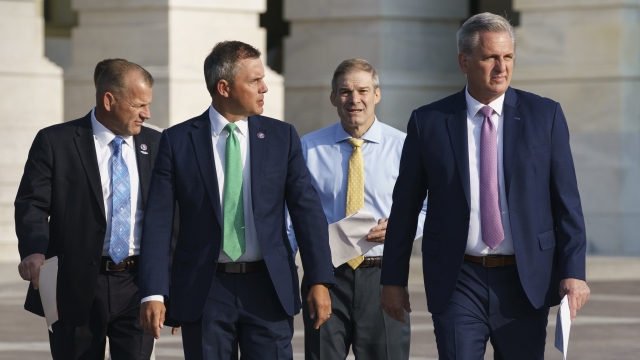 SMS
Trump Allies Could Be Called To Testify In January 6 Hearing
By Eliana Moreno
By Eliana Moreno
August 2, 2021
The House panel investigating the insurrection is expected to seek subpoenas for several Republicans who communicated with Trump the day of the riot.
SHOW TRANSCRIPT

The panel investigating January 6 is likely to seek subpoenas for several Republicans who communicated with former President Trump the day of the riot.

Among them is House Minority Leader Kevin McCarthy and Rep. Jim Jordan.

Republican Sen. Susan Collins says there's no doubt in her mind that Trump incited the insurrection, but she says this panel is not the way to go about investigating the events of that day.

"I fought very hard to have an independent, bipartisan, non-partisan outside commission to look at all of the events of that day," Collins said. "And I'm very disappointed that it was not approved." 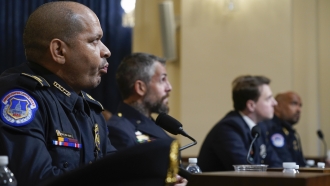 As far as a testimony from Trump himself, Rep. Adam Kinzinger – one of two Republicans on the panel – says instead of a subpoena for the former president, it's better to talk to one of his allies.

The next hearing could take place this month.