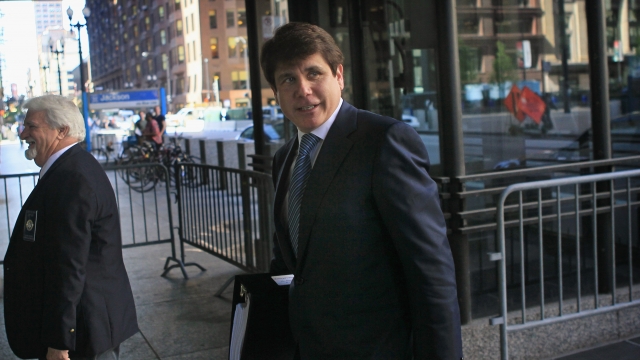 That's what the president told reporters Wednesday on Air Force One, saying, "I thought [Blagojevich] was treated unbelievably unfairly."

Blagojevich was sentenced to 14 years in prison in 2011 after he was convicted of trying to sell Barack Obama's Senate seat, among other corruption charges. Blagojevich, who was once a contestant on the president's reality TV show "The Celebrity Apprentice," is currently scheduled to be released in 2024.

Blagojevich has tried multiple times to get out of prison early — even appealing twice to the U.S. Supreme Court, which refused to hear his case both times.

President Trump first floated the possibility of commuting Blagojevich's sentence in 2018. At the time, he said he was also considering a potential pardon for Martha Stewart.