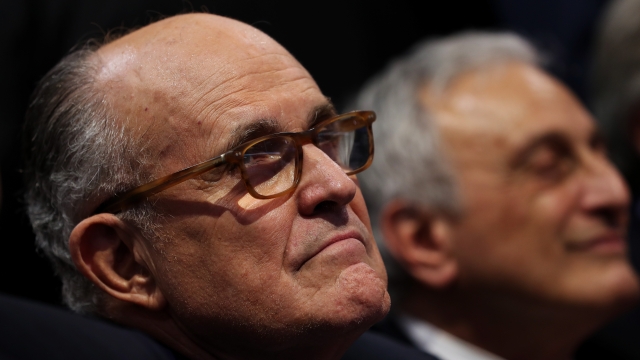 Donald Trump's adviser on counterterrorism, Rudy Giuliani, said Wednesday all Muslims on the FBI's terror watch list should be electronically tagged so authorities can monitor where they go.

Giuliani told NJ.com that he has the right to know if you're on a watch list because "you're on there for a reason."

The former mayor of New York City was applauded for his counterterrorism measures immediately following the 9/11 attacks, but he has since faced criticism for some of his methods, one of which was surveilling mosques before 9/11, including some New York City's police didn't have jurisdiction over.

Authorities already track certain people on the terror watch list more closely than others, but that system is not infallible. The FBI had the Orlando shooter under surveillance when he was on the list, but he was taken off in 2014.

One of the most controversial aspects of Giuliani's latest comment is whether his proposal would only target Muslims on the watch list. The American Civil Liberties Union called him "a serial violator of civil liberties" before he voiced the idea.

For his part, Giuliani said the idea would be following in France's footsteps. One of the men who attacked a Rouen-area church on Tuesday was reportedly wearing a tracker.

Yet, the conditions of that man's bracelet let him go a certain distance from his home during certain times of the day. The location and timing of his attack were within those limits.

Several prominent French politicians have suggested even higher surveillance since the attack. Former French President Nicolas Sarkozy has pushed for letting officials put trackers on those who are at risk of becoming radicalized.

During his campaign, Trump has called for greater surveillance of mosques and pitched the idea of a national database of Muslims living in the country.