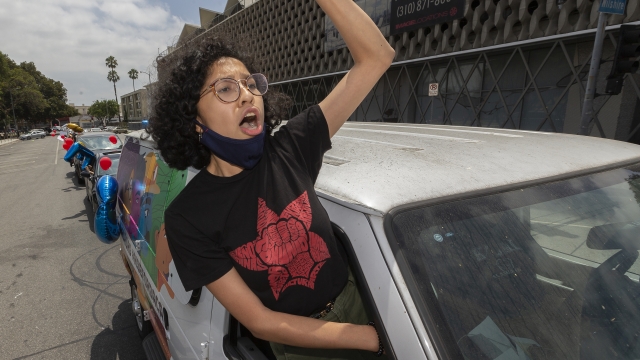 The Trump administration will not accept new applications for the Deferred Action for Childhood Arrivals program pending a review of the policy.

Acting Homeland Security Secretary Chad Wolf announced Tuesday that his department will conduct a review of the DACA program. It's a response to the Supreme Court's decision to uphold the program, which protects certain undocumented immigrants from deportation. During that review, the department "will reject all initial requests for DACA," as well as limit renewals to one year instead of two.

Earlier this month, President Donald Trump said he would "be signing an immigration act very soon" that would give DACA recipients "a road to citizenship."

"It'll be great. It'll be merit-based," President Trump said. "The country's tried to get it for 25 or 30 years. It'll be strong on the border, but you'll come in legally, and you'll be able to come in legally. And very importantly, we'll be taking care of people from DACA in a very Republican way."