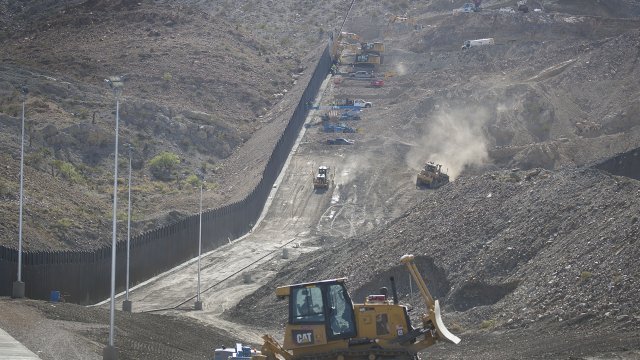 The Trump administration is waiving 10 federal contracting regulations to speed up construction of the U.S. southern border wall.

The Trump administration has a plan to build a wall along the U.S.-Mexico border more quickly.

The Associated Press reports the Homeland Security Department is waiving 10 federal contracting laws to speed up construction of the border wall in California, Arizona, New Mexico and Texas.

Wolf said in an interview with "Fox and Friends" Tuesday, "We hope that will accelerate some of the construction that's going along the Southwest border."

The Trump administration has promised to build a total of 450 miles of border wall by 2020. U.S. Customs and Border Protection says 119 miles have been completed so far.

As the AP points out, the waivers are expected to draw criticism that the department "is overstepping its authority," but any legal challenges would likely fail.

Additional reporting by Elliot Spagat of the Associated Press.