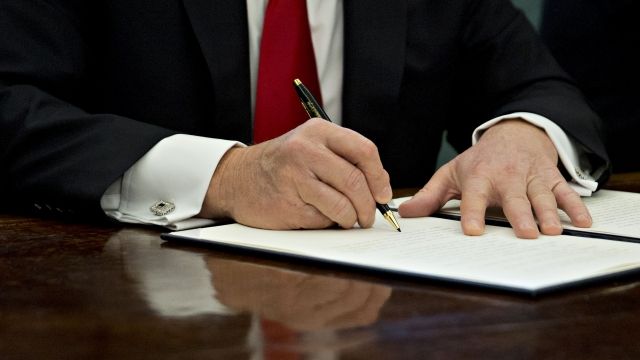 President Donald Trump used his preferred platform to criticize the judge who blocked his administration's travel ban on immigrants.

The Trump administration plans to battle the legal stay on its recently imposed travel ban for immigrants.

A federal judge in Seattle issued a nationwide stay Friday night on Trump's executive order, which had temporarily stopped refugees and citizens from seven Muslim-majority countries from entering the U.S.

Trump responded by questioning the "opinion" of the "so-called judge" who issued a stay on the order.

Interesting that certain Middle-Eastern countries agree with the ban. They know if certain people are allowed in it's death & destruction!

Trump tweeted it was "big trouble" when a country couldn't control its borders. He also said "certain Middle Eastern countries agree with the ban" but that few foreign leaders have spoken in favor of it.

In a statement, press secretary Sean Spicer said the Justice Department will fight to defend Trump's executive order and said it's "lawful and appropriate."

By Saturday morning, the Department of Homeland Security said it stopped moving forward with the actions relating to Trump's order.