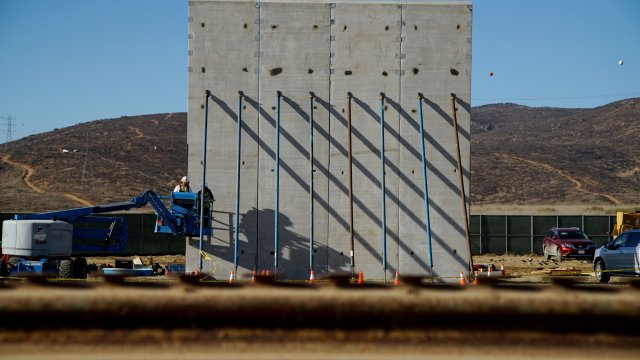 It's President Donald Trump's first budget since Democrats took over the House, and the proposal includes some provisions that'll likely be sticking points there.

One of the big items is a request for $8.6 billion in new border wall funding. That comes not long after a five-week partial government shutdown that started because of the debate over funding for a potential wall at the U.S.' southern border.

But other lawmakers seemed to be more optimistic about working through points of contention.

"His budget has been kind of a moving target on the border. What I'm hoping is he will submit this and then we can have some hearings on it. Let's get this out in the open," said Sen. Doug Jones. "One of the biggest criticisms of the president's ask has been that we haven't seen what he really wants ... and let the experts talk about it in a hearing. So we'll see how it goes. I think it's part of the budgetary process where you ask and then you negotiate."

"It's the president's vision as to where we need to go as a country under his proposed budget direction. Congress will weigh in. We will prioritize in the House of Representatives, work with the Senate and come up with a funding bill that reflects those prioritizations that I think we can agree upon," said Rep. Tom Reed.

The White House is also proposing a 5 percent budget cut for all federal agencies, with the exception of defense spending. It wants to increase the military budget to $750 billion next year, which is 5 percent higher than fiscal year 2019.

Other reductions include various spending cuts to Medicare, EPA programs and the State Department.

According to the Trump administration, the more than $2.7 trillion in proposed spending cuts is the most any administration has ever requested.