Trump Touts His 2017 Deregulation Efforts, But Experts Are Skeptical 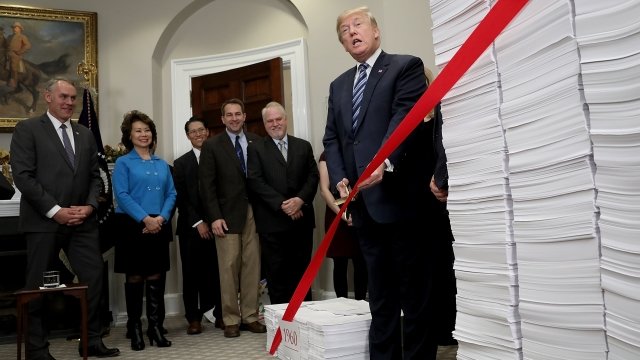 SMS
Trump Touts His 2017 Deregulation Efforts, But Experts Are Skeptical
By Casey Mendoza
By Casey Mendoza
December 30, 2017
The Trump administration says it will save $8.1 billion in lifetime net regulatory costs, but experts don't know where those savings come from.
SHOW TRANSCRIPT

"Within our first 11 months, we canceled or delayed over 1,500 planned regulatory actions — more than any previous president by far," President Donald Trump said earlier this month. "And instead of eliminating two old regulations for every one new regulation, we have eliminated 22 — 22 — that's a big difference."

The deregulation effort continued through the last business day of the year, when the Interior Department rescinded an Obama-era rule on fracking. 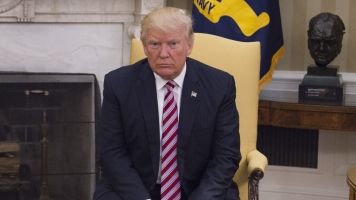 The Clock Just Ran Out On Trump's Best Deregulation Tool

The Trump administration also pulled back the reins on rules under consideration. The Competitive Enterprise Institute notes Trump canceled or delayed more than 1,500 proposed Obama-era rules. But, as Bloomberg notes, some of those rules were already dead under President Obama.

The president celebrated those numbers as a win for his first year, but how impactful are those deregulations really going to be?

The administration says the changes will save $8.1 billion in lifetime net regulatory costs. That's $570 million per year. But experts who spoke to Bloomberg point out it's unclear where exactly those savings come from.

Next year, the Trump administration says it plans to keep cutting back regulations.