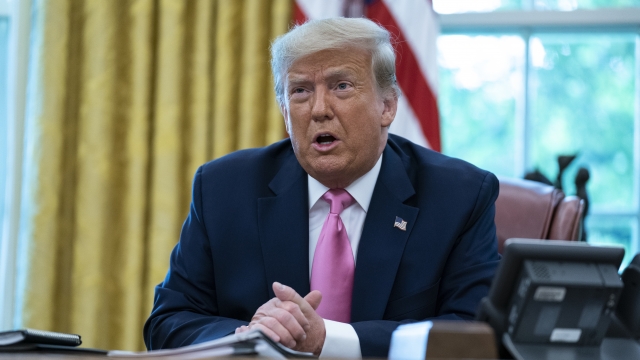 The Trump administration is reportedly preparing to send federal agents to Chicago in the wake of several gun deaths over the weekend.

Mayor Lori Lightfoot said she has "great concerns" about the move, given what's happening in Portland, Oregon. Federal agents there, reportedly wearing unmarked uniforms, have clashed with and arrested demonstrators amid protests over the death of George Floyd.

"We don't need federal agents without any insignia taking people off the streets and holding them, I think, unlawfully. That's not what we need," Lightfoot said. "If the president is truly sincere about wanting to help, there are a number of things that the federal government is uniquely qualified to do that we could use his help with, and they all revolve around the fact that we have way too many illegal guns on our streets."

President Trump spoke to reporters on Monday about rising gun violence in Chicago, where more than 63 people were shot, 12 fatally, over the weekend. He said if governors aren't going to address unrest, he will.

"Well, I'm going to do something. That I can tell you. Because we're not going to leave New York and Chicago and Philadelphia, Detroit and Baltimore and all of these — Oakland is a mess. We're not going to let this happen in our country. All run by liberal Democrats."

The American Civil Liberties Union of Illinois denounced any deployment of federal forces in Chicago. The chapter executive director, Colleen Connell, told Newsy, "This is an assault on the rights of Americans."

Additional reporting by Don Babwin and Sophia Tareen of The Associated Press.