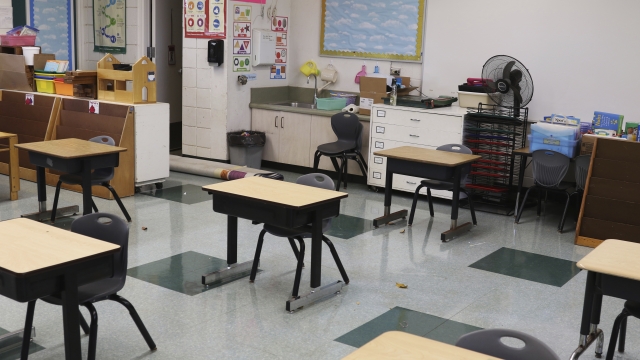 SMS
Trump Administration To Give 125 Million Face Masks To Schools
By Katherine Biek
By Katherine Biek
August 13, 2020
President Donald Trump is once again pushing for schools to reopen their doors this fall.
SHOW TRANSCRIPT

President Trump: "All schools should be making plans to resume in-person classes as soon as possible."

President Donald Trump is once again pushing for schools to reopen their doors this fall. He announced Wednesday that the U.S. government is providing 125 million face masks to schools nationwide. But it's worth noting that his administration is not requiring students and staff to wear them.

President Trump: "My administration also stands ready to deploy CDC teams to support schools that are opening and schools that need help in safety."

The White House also released a series of general recommendations for schools preparing to open. They include requiring teachers and students to self-assess their health every morning, encouraging everyone to wear masks and frequently wash their hands and minimizing large indoor group gatherings.

Education Week says at least 17 of the nation's 20 largest school districts have already decided to continue with remote learning this fall.