US Will Boot Dozens Of Russian Diplomats Out Of The Country 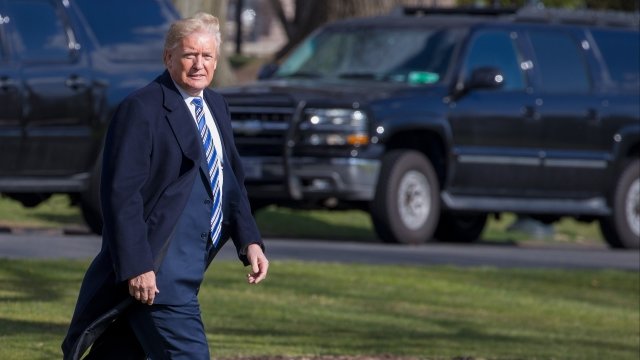 SMS
US Will Boot Dozens Of Russian Diplomats Out Of The Country
By Katherine Biek
By Katherine Biek
March 26, 2018
The Trump administration says it's expelling 60 Russian diplomats in response to the attack on a former double agent in the U.K.
SHOW TRANSCRIPT

On Monday, President Donald Trump ordered dozens of Russian diplomats to be expelled from the U.S.

This move comes after an attack on a former double agent and his daughter in southern England earlier this month. U.K. Prime Minister Theresa May and other world leaders blamed Russia for the nerve gas attack.

Trump said earlier the U.S. stood in solidarity with the U.K. and said Russia needed to provide answers.

Beyond expelling 60 Russians, Trump also ordered the Russian consulate in Seattle to close. In a statement, the White House said the U.S. was showing it stands with its NATO allies.