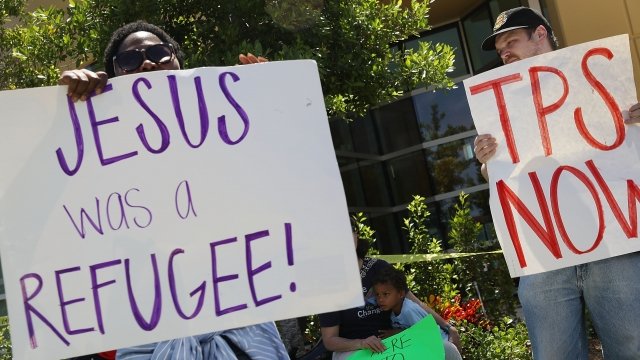 The Trump administration said it's ending a program that gives temporary immigration status to thousands of people from El Salvador.

The Department of Homeland Security said Monday that some Salvadorans have until Sept. 9, 2019, to pack up and leave the U.S. According to The Washington Post, this change affects about 200,000 people.

Those people were granted Temporary Protected Status, otherwise known as TPS, after a series of earthquakes wreaked havoc on El Salvador in 2001.

The secretary of homeland security decided conditions in the country have improved since then and that the program is no longer needed.

The Trump administration has also moved to eliminate protections for other countries in recent months, including Haiti and Nicaragua.