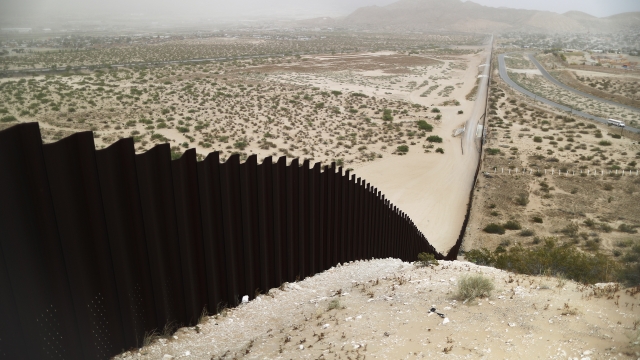 The Trump administration is planning to divert an additional $3.8 billion from the Department of Defense to pay for the U.S.-Mexico border wall, according to The Wall Street Journal.

The Journal reports the government will divert a total of $7.2 billion in military funding for barriers this fiscal year, on top of the $2 billion it requested from Congress in its budget proposal. The administration has already redirected $6.7 billion, but it has said it needs $18 billion to pay for about 1,000 miles of barrier.

Republican Rep. Mac Thornberry, the ranking member of the House Armed Services Committee, said the wall should be funded but that funding should come from the Department of Homeland Security instead of the Defense Department. He said the administration's decision to take money earmarked for the military goes against the "constitutional authority" of Congress.

On Thursday, President Trump extended his national emergency on the southern border for another year, according to a notice submitted to the Federal Register. It's been a year since he declared the emergency, which he did to fund the wall.