Trump Administration Tells Turkey To Release American Pastor — Or Else 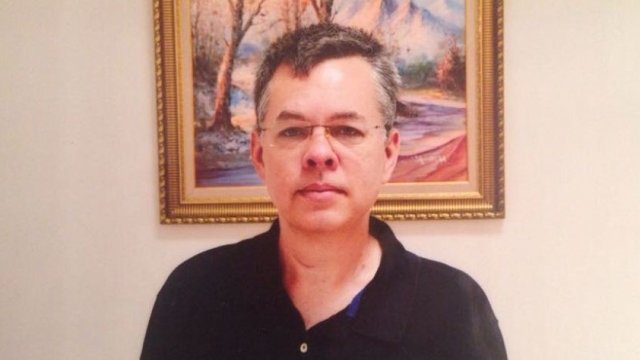 The Trump administration says Turkey will face economic sanctions unless the country releases an American pastor who has been in custody there for nearly two years.

Let's take a step back: In 2016, Pastor Andrew Brunson was arrested and charged with terrorism and espionage. Turkey claims Brunson has connections to two groups the country considers terrorist organizations — the Kurdistan Workers Party, and a cleric living in the U.S. who Turkey says led a coup attempt in 2016. Brunson denies the allegations.

He could face up to 35 years in prison.

Brunson was let out of jail Wednesday and put on house arrest for reported health concerns.

President Trump and Vice President Pence have been calling for Turkey to release Brunson for months.