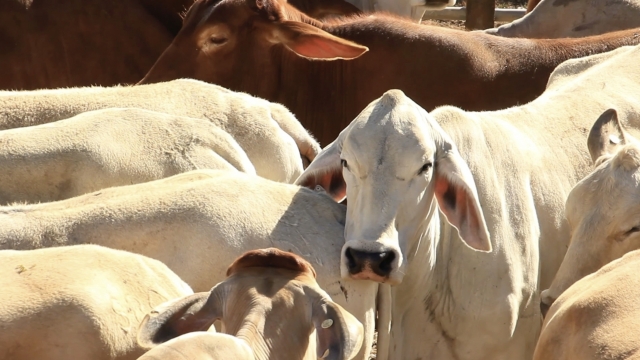 President Trump said tax-free exports will jump 46% in the first year of the deal and rise by another 90% over seven years. He said also said the agreement will "lower trade barriers in Europe and expand access for American farmers and ranchers."

"My administration is standing up for our farmers and ranchers like never before," he said. "We're protecting our farmers. We're doing it in many ways, including with China."

American farmers, including beef producers, have taken a hit from the Chinese tariffs levied after President Trump imposed taxes on $250 billion in Chinese imports. Now, the president is also threatening to impose 10% tariffs on $300 billion in additional Chinese imports on Sept. 1.

The Trump administration recently promised a $16 billion aid package for farmers affected by the ongoing trade war with China.

Earlier this year, the administration decided to delay a plan to put tariffs on European cars and auto parts.