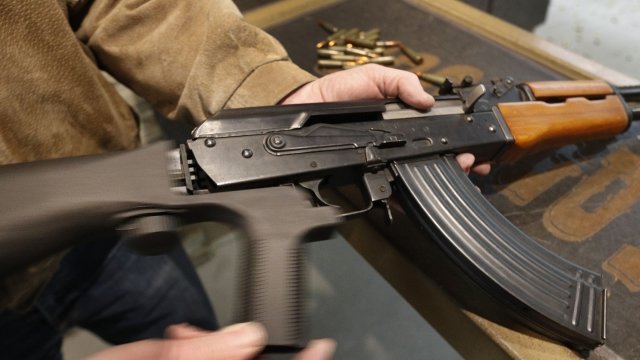 Acting Attorney General Matthew Whitaker signed a federal regulation Tuesday that effectively prohibits the devices. It's expected to be formally published by the end of the week. And once the ban is official, people who own bump stocks will have 90 days to return or destroy them.

Bump stocks got the nation's attention after the 2017 mass shooting in Las Vegas. Authorities say the gunman used weapons rigged with the devices during the attack, which left 58 people dead and hundreds more injured.

A few months after the Las Vegas attack, the Justice Department submitted a regulation proposal that would classify bump-stock-type devices as machine guns and ban their possession, sale and manufacturing.

Since that shooting, 11 states have banned bump stocks.