Trump Administration Is Purging All Remaining Obama-Era US Attorneys 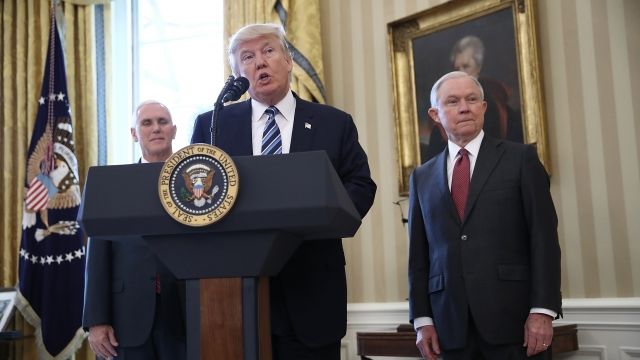 The Trump administration is cleaning house in the Department of Justice.

On Friday, all 46 remaining U.S. attorneys were asked to resign immediately.

But at least one — New York's Preet Bharara — wouldn't. So he got fired.

The abrupt decision likely was a bit of a surprise. When Trump took office, Bharara was apparently asked to stick around.

"I agreed to stay on," Bharara said. "I have already spoken with Sen. [Jeff] Sessions, who is, as you know, the nominee attorney general. He also asked that I stay on."

It's totally normal for a president to want their own prosecutors. The past few administrations typically purged most or all of the 93 U.S. attorneys within a year or so.

But President Trump doesn't seem to have new attorneys lined up yet. A Justice Department statement said deputy U.S. attorneys will serve as interim replacements. 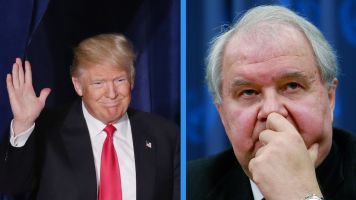 This adds dozens more hires the president needs to make to complete his administration. A CNN investigation found more than a month into his term, Trump had not filled nearly 2,000 vacancies.

"They have to populate the Trump government with their employees, with their Cabinet secretaries and assistant secretaries," Ryan said. "And we made this a 200-day plan because we know Democrats are doing everything they can to string out the clock, to delay and stall."

But most of those unfilled jobs don't need congressional approval.

Bharara tweeted Saturday that serving in the Southern District of New York was "the greatest honor" of his professional life.