The Trump Administration Gears Up For Its First State Dinner 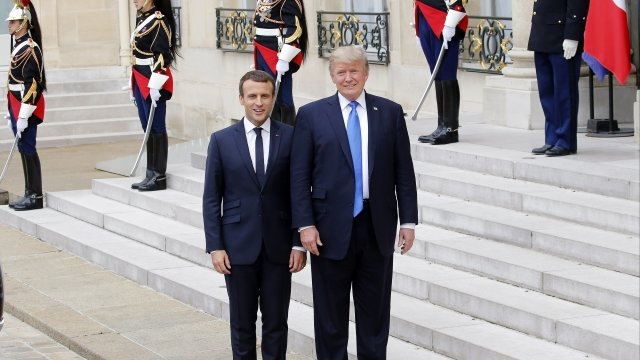 President Donald Trump is set to host the first state dinner Tuesday since he took office. French President Emmanuel Macron is his guest of honor.

Compared with state dinners hosted during the Obama administration, this event — which first lady Melania Trump coordinated without the help of an event planner — is a smaller affair.

That's because the dinner is in the White House State Dining Room. At the most, it can hold 150 seated guests.

Because former President Barack Obama often invited hundreds of people to his various state dinners, his were sometimes held under a tent on the White House lawn.

One reason Trump's guest list is smaller is because no members of the media or Democratic members of Congress were invited.

Although, Louisiana's Democratic Gov. John Bel Edwards will be there.

During Macron's time in the U.S., he will attend a private dinner with Trump at George Washington's Mount Vernon estate Monday in Virginia and address a joint session of Congress on Wednesday.