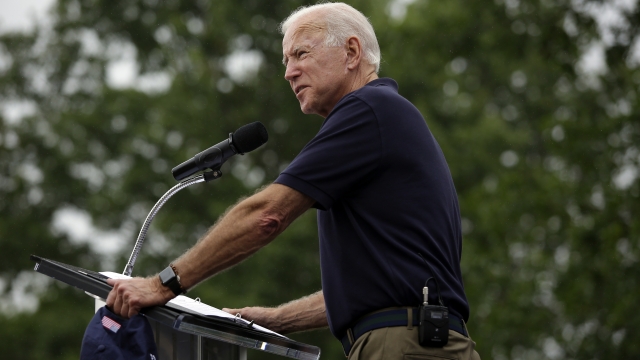 Trump administration officials are doubling down on accusations against former Vice President Joe Biden and his son. This comes after news broke that President Donald Trump reportedly asked Ukraine's president "about eight times" in one phone call to work with his personal lawyer, Rudy Giuliani, to investigate Biden's son.

Hunter Biden had business interests in Ukraine around the time when Joe Biden, in his role as vice president, urged the country to fire its chief prosecutor. President Trump claims that prosecutor was investigating a company Hunter Biden was involved in.

U.S. Secretary of State Mike Pompeo told ABC on Sunday that "we need to know" if Joe Biden "inappropriately" intervened to protect his son from a Ukrainian investigation.

And Treasury Secretary Steve Mnuchin told CNN he's not concerned with the president's phone call, and agreed that Biden's son should be investigated.

Mnuchin said, "What I do find inappropriate is the fact that Vice President Biden at the time's son did very significant business dealings in Ukraine. I, for one, find that to be concerning and to me that is the issue perhaps that should be further investigated."

Biden responded to the report on Saturday, saying that President Donald Trump is "enlisting the help of a foreign government" for political reasons.

Biden told reporters, "Trump is doing this because he knows I'll beat him like a drum and he is using the abuse of power and every element of the presidency to try to do something to smear me. Everybody has looked at this and has said there's nothing there. Ask the right question."

President Trump said on Friday that "it doesn't matter" what he talked to Ukrainian President Volodymyr Zelensky about, but confirmed to reporters on Sunday that he had a phone call with Zelensky about Biden.

The news about the phone call follows reports that a U.S. intelligence official filed a whistleblower complaint involving President Trump. It's unclear if the complaint refers to this phone call, but the Washington Post has reported that it involved Ukraine and a promise President Trump made to a foreign leader. The complaint was not disclosed to lawmakers, who are now trying to get to the bottom of things.

Democrats have insisted the president release a transcript of the call. House Intelligence Chairman Adam Schiff said that if President Trump did ask the Ukranian government to investigate Biden, impeachment may "be the only remedy."