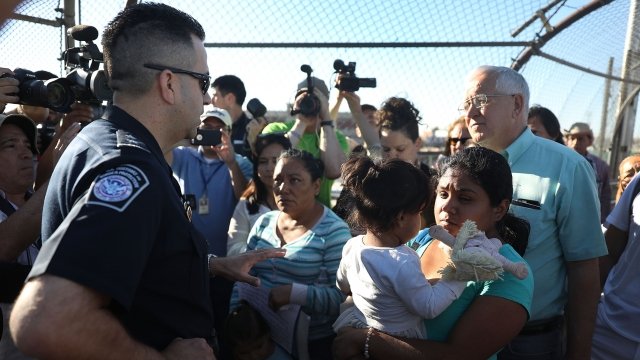 The Trump administration will reportedly start implementing a new asylum policy. That's according to the new guidance given to officers who interview asylum seekers, which was reviewed by CNN.

Under the new terms, people who seek asylum in the U.S. claiming fear of gang and domestic violence would be immediately turned away.

CNN reports the guidance also tells officers to consider whether an immigrant crossed the border illegally when making a decision on their asylum claim. The new rules would also reportedly affect refugee applicants.

Immigration advocates say the policy could put asylum seekers' lives at risk once they get home. They also argue the law should consider all asylum claims valid, even when the immigrants enter the country illegally.