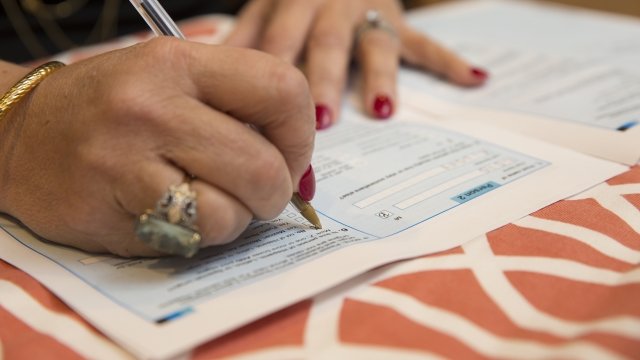 The Trump administration wants to fact check people's answers to the citizenship question on the 2020 U.S. census. That's because the White House is expecting millions of people to not answer it.

The Wall Street Journal reports the government would go through "immigration, Social Security and other state and federal records to check accuracy" or possibly change answers. Cross-checking those answers could cost the government a lot of money.

The Trump administration announced last week it plans to reinstate a census question asking respondents if they are American citizens. More than a dozen states have sued the administration to block the addition. Their reported concern is that noncitizens won't respond to the census, leading to undercounts.

That could be a big deal for some states, as federal funding, state representatives and congressional districting are determined, in part, by the census.