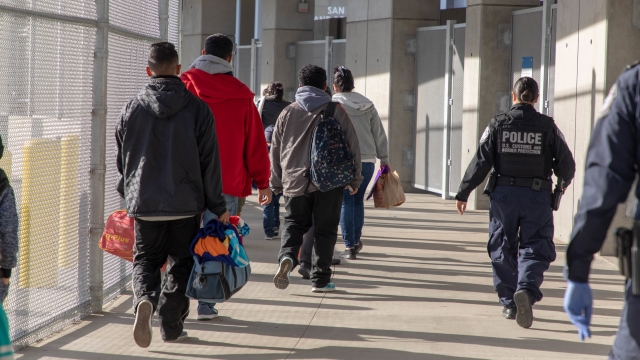 SMS
Trump Administration Looking To Change Asylum Screening Process
By Katherine Biek
By Katherine Biek
April 10, 2019
It reportedly wants to push for changes to the "credible fear" interview process that some asylum-seekers are required to go through.
SHOW TRANSCRIPT

The Trump administration wants to change how some asylum-seekers are screened at the border, according to The New York Times.

Border agents are dealing with an unprecedented number of migrants attempting to enter the U.S. from Mexico. Customs and Border Protection officials apprehended more than 92,000 people between ports of entry in March. Agents additionally denied entry to nearly 11,000 asylum-seekers who were deemed "inadmissible."

An unnamed administration official told The Times that it's specifically planning to push for changes to the "credible fear" interview that some asylum-seekers are required to go through in order to stay in the U.S. while their asylum claims are processed.

Just over 76 percent of the more than 97,00 migrants who completed those interviews in fiscal year 2018 were found to have a credible fear of persecution according to U.S. Citizenship and Immigration Services.

The administration official didn't specifically say what changes would be pushed for, but The Times suggested asylum seekers could be required to provide more proof that returning to their home countries would result in persecution.