U.S. Limits How Much Money Cuban Americans Can Send Family In Cuba 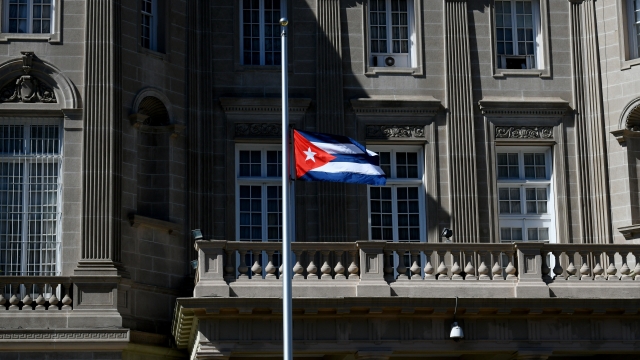 SMS
U.S. Limits How Much Money Cuban Americans Can Send Family In Cuba
By Alec Larson
By Alec Larson
September 7, 2019
It places a $1,000 cap per quarter for family remittances and prohibits some remittances entirely.
SHOW TRANSCRIPT

The Trump administration is taking steps to strengthen its sanctions against Cuba. One such step sets limits on how much money Cuban Americans can send to their family in Cuba.

The Treasury Department announced the plan on Friday. It places a $1,000 cap per quarter for family remittances and prohibits remittances entirely for close family members of prohibited Cuban officials and members of the Cuban Communist Party.

Treasury Secretary Steven Mnuchin said the agency is "taking additional steps to financially isolate the Cuban regime. ... Through these regulatory amendments, Treasury is denying Cuba access to hard currency, and we are curbing the Cuban government’s bad behavior while continuing to support the long-suffering people of Cuba."

This is just the latest move the Trump administration has taken against Cuba in past months. In June, the administration further restricted non-family travel to Cuba. It says reversing the loosening of sanctions on the country "will help to keep U.S. dollars out of the hands of Cuban military, intelligence, and security services."

The Treasury's remittance changes are set to take effect on Oct. 9.