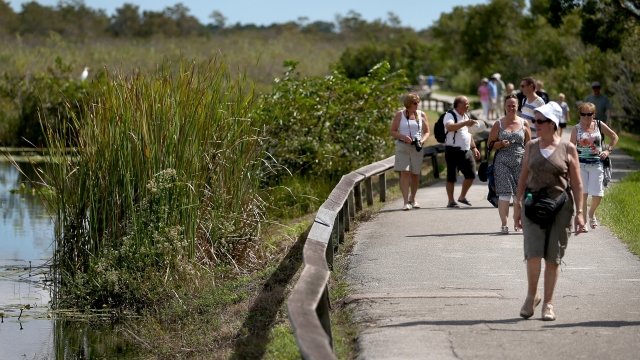 SMS
Trump Administration Keeps Many National Parks Open Amid Shutdown
By Jake Jones
By Jake Jones
January 20, 2018
Republicans took the brunt of criticism when parks and monuments closed during the 2013 shutdown.
SHOW TRANSCRIPT

The Trump administration is trying to minimize political fallout from the government shutdown by keeping many national parks and monuments open to visitors.

White House Budget Director Mick Mulvaney said this shutdown "will look very different" from the last one in 2013. Mulvaney accused the Obama administration of weaponizing the last shutdown.

White House Budget Director Mick Mulvaney said Friday: "We want to make folks understand that it will look very different than it did under the previous administration. One of the things that I've learned since I've been in this office is that — there's no other way to describe it — but the Obama administration weaponized the shutdown in 2013." 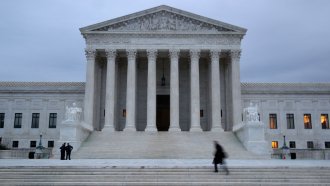 During the last government shutdown, monuments were blocked off with barricades and parks were closed, an obvious inconvenience to tourists. Republicans largely took the brunt of the resulting criticism.

Mulvaney said with the federal government shut down, parks and monuments would still be accessible. That means park concessions or lodges run by private companies can continue to operate.

But a spokesperson for the Department of the Interior told reporters, "services that require staffing and maintenance such as campgrounds, full service restrooms, and concessions will not be operating." Visitors are encouraged to bring their own trash bags, as trash pick-up will also stop during the shutdown.

The Trump administration's plan has drawn criticism as being focused on appearances rather than the shutdown's actual impact.

Safety is also a factor, since park rangers won't be working. However, many parks are in peak season and are a boon to local economies. A government shutdown could disproportionately harm those communities if parks remained closed.