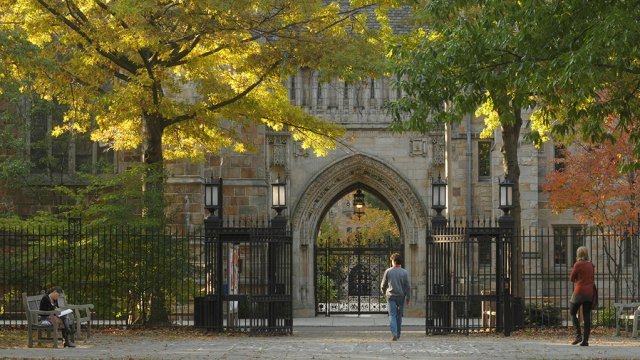 SMS
Trump Administration Investigating Yale Over Discrimination Complaints
By Katie Cammarata
By Katie Cammarata
September 27, 2018
The investigation was reportedly opened in April, but a recently revealed letter brought it to light.
SHOW TRANSCRIPT

The Trump administration is investigating Yale amid allegations the elite school discriminates against Asian-American applicants.

The investigation stems from a 2016 complaint from that group accusing Yale, Brown University and Dartmouth College of unfairly denying admission to Asian Americans based on their race.

The Education Department dismissed the complaints against Brown and Dartmouth over a lack of evidence.

Yale College's president denied the claims in a statement on Wednesday. He said the school considers the whole person when accepting applications.

Harvard is also facing a lawsuit for allegedly discriminating against Asian Americans. In August, the Justice Department issued a statement siding against Harvard, saying the school failed to show that it didn't discriminate.