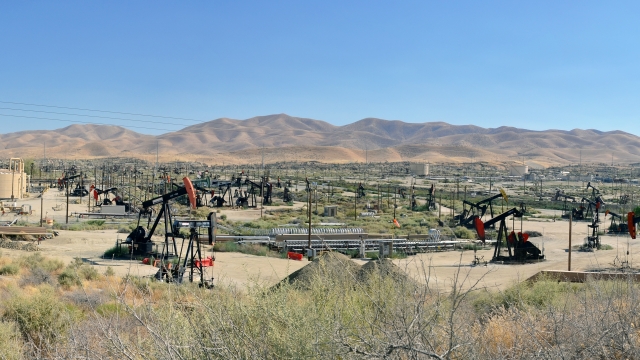 On Thursday, the Trump Administration finalized plans to open up over 700,000 more acres in California to oil and gas drilling.

The plan would open up to 725,500 acres of land in 12 different counties along the central coast, like Monterey, Fresno and Santa Cruz. It would also allow over 30 new oil and gas developments to be built throughout the course of the plan.

The Bureau of Land Management, or BLM, says the it will support the Trump Administration's push to strengthen "America's energy independence," create jobs and provide economic opportunities for local communities. However, some Democratic officials in California have opposed the plan.

California's Attorney General Xavier Becerra says the drilling plans are challenging the Golden State's clean energy push. He criticizes the emphasis it has on fossil fuel use and the potential health risks associated with fracking.

Becerra said: “In California, we're already well on our way to energy independence and we're doing it in the smart way. This is 2019, not 1920. We don't need to jeopardize our health or our environment to develop the energy sources we need."

The BLM has assured drilling will not harm other uses of land in California, but activist groups say they will take a stand against the plan.

Sierra Club senior campaign representative, Monica Embrey says, "We will use every tool at our disposal to push back against this reckless proposal and protect our public lands from fracking."

If the public wants to challenge the plan, a protest would need to be filed within 30 days. California's Governor Gavin Newsom would have 60 days to review the plan and suggest recommendations.