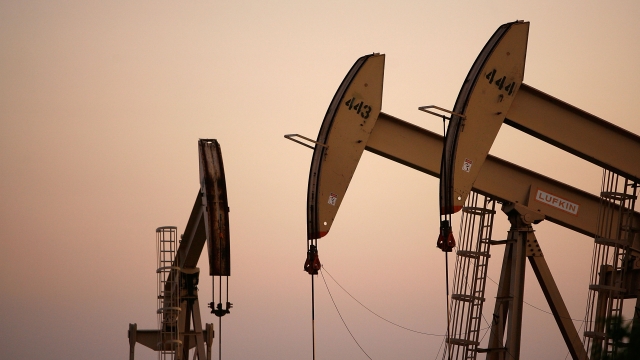 The Environmental Protection Agency is expected to announce cuts to regulations on methane emissions in the oil and gas industry.

The Trump administration is slated to roll back another Obama-era regulation.

The Environmental Protection Agency is expected to announce cuts to regulations on methane emissions in the oil and gas industry. Oil and gas companies would no longer be required to install technology to monitor methane leaks from wells, storage tanks and pipelines.

Methane is a powerful greenhouse gas. And it's the second most prevalent greenhouse gas emission in the U.S. The EPA says methane made up 10% of greenhouse gases in the country in 2017, while carbon dioxide made up 82%.

Some major companies, like Shell, BP and Exxon, are against the change and worry consumers would view natural gas as less clean if the regulations are scaled back.

Environmentalist group Natural Resources Defense Council says, "If EPA moves forward with this reckless and sinister proposal, we will see them in court." The council argues the EPA actually has the ability to cut the oil and gas industry's methane emissions "by at least half in less than a decade."

The Wall Street Journal says the proposed rule will go through a 60-day public comment period and could go into effect in 2020.