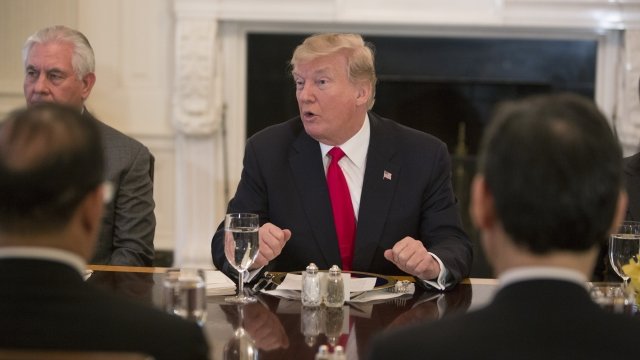 The Trump administration declined to impose new sanctions against Russia for its interference in the 2016 presidential election.

As Newsy previously reported, some lawmakers doubted President Donald Trump would meet the Monday deadline set by an economic sanctions bill that was passed overwhelmingly by Congress last year. Trump did sign the bill, though he didn't seem too happy about it.

The legislation required the administration to impose sanctions against companies and individuals doing significant business with Russian defense and intelligence sectors. The State Department released a blacklist of Russian entities in October.

Now, an unnamed official within the State Department told multiple outlets that new sanctions aren't needed yet "because the legislation is, in fact, serving as a deterrent."

Heather Nauert, a spokeswoman for the department, said it estimates Russia already lost billions of dollars in canceled defense sales since the law went into effect last year.