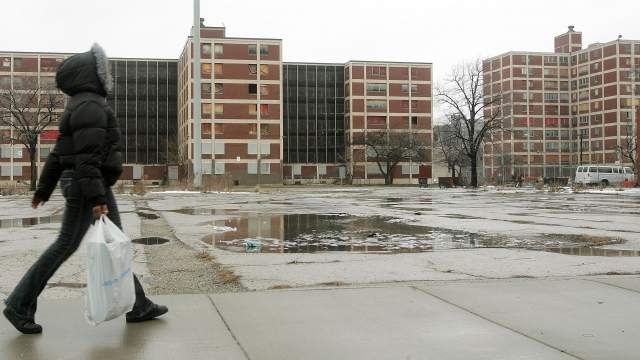 The Trump administration is considering changing the way it determines the national poverty threshold, and that could eventually mean fewer Americans would be eligible for welfare benefits.

In a request for public comment Monday, the White House Office of Management and Budget, or OMB, said it's interested in updating the formula used to measure inflation to one that would affect the "official poverty measure."

That measurement is used to determine whether people qualify for federal and state programs and benefits, like Medicaid and food stamps.

For example, using 2018 Census data, a family of four bringing in $25,900 or less annually would fall below the poverty threshold. The same goes for an individual person making $13,000 or less per year.

Experts say changing the way the government calculates the cost of living would cause the poverty level to rise at a slower rate. That means that over time, less people would qualify for those assistance programs.

The idea is in line with other Trump administration efforts to make it more difficult to access welfare programs. In December, President Donald Trump unveiled a proposal to expand work requirements for food stamp recipients.

It's also worth noting that former President Barack Obama previously proposed adjusting the inflation formula to trim Social Security benefits. That idea was eventually dropped after pushback from Democrats.

The OMB public comment period will be open for 45 days after the request is published in the Federal Register on Tuesday.