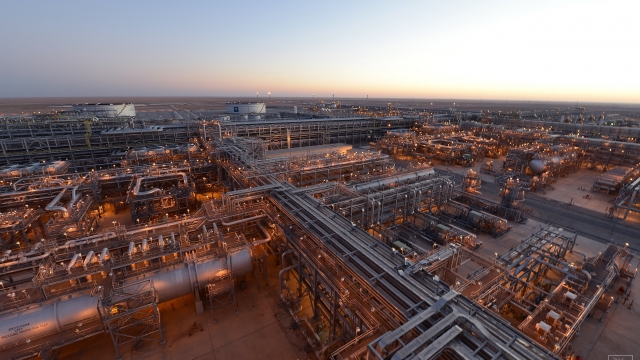 SMS
Trump Administration Blames Iran For Saudi Oil Attacks
By Meg Hilling
By Meg Hilling
September 16, 2019
Initial reports credited Houthi rebels in the region for the attacks, but the Trump administration says there is no evidence of Houthi involvement.
SHOW TRANSCRIPT

President Donald Trump says the U.S. is "locked and loaded" in response to the drone attacks on two major Saudi Arabian oil plants over the weekend.

President Trump said on Twitter Sunday, "There is reason to believe that we know the culprit, are locked and loaded depending on verification, but are waiting to hear from the Kingdom as to who they believe was the cause of this attack, and under what terms we would proceed."

The Trump administration is blaming Iran for the attacks.

Secretary of State Mike Pompeo tweeted: "We call on all nations to publicly and unequivocally condemn Iran's attacks. The United States will work with our partners and allies to ensure that energy markets remain well supplied and Iran is held accountable for its aggression." Pompeo added that Iran has "launched an unprecedented attack on the world's energy supply." He said there's "no evidence the attacks came from Yemen."

Initial reports on the attacks credited Houthi rebels in the region, as a Houthi spokesman for the group had claimed the attacks and cited the use of 10 drones in making it happen.

The Houthis are a Shia Muslim rebel group from Yemen, backed by Iran. Over four years, Yemen's been overtaken by violence between the Houthi rebels and the Yemeni government, which is backed by Saudi Arabia and other Sunni Arab states.

President Trump announced that he authorized the use of oil from the U.S. strategic petroleum reserve if needed. He also asked agencies to expedite approvals of the oil pipelines currently in the permitting process in various states.

A Saudi official told state-run media that investigations into the attacks are ongoing.