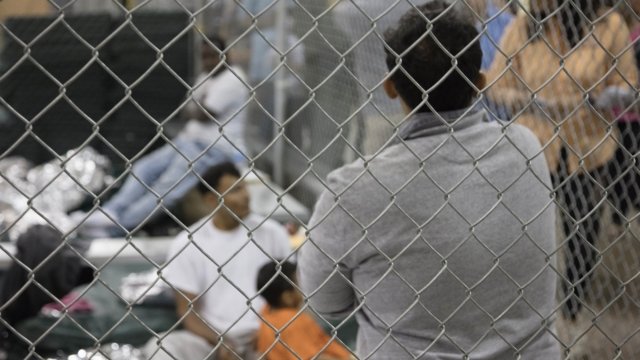 SMS
Trump Administration Asks To Extend Detention Limit For Migrant Kids
By Jake Jones
By Jake Jones
June 21, 2018
Right now, immigrant children have to be released or moved to a licensed facility after 20 days.
SHOW TRANSCRIPT

The Trump administration wants a court order changed to allow immigrant children to be detained for more than 20 days.

As it stands now, children have to be released or moved to a licensed facility within that time limit, according to Homeland Security. That's due to a 1997 settlement agreement to limit child detentions.

But the Trump administration's zero-tolerance immigration policy led to more than 2,000 children being separated from their parents, who were detained while awaiting prosecution. President Donald Trump signed an executive order to end family separations and detain families together.

Now, the Justice Department wants to be able to keep families detained together until after criminal and asylum proceedings are over, which could take months.