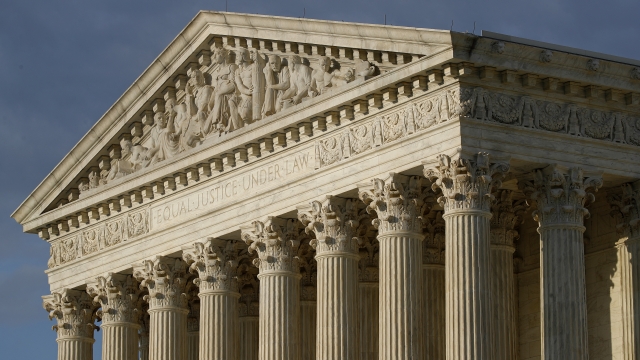 SMS
Trump Administration Urges Supreme Court To Invalidate Obamacare
By Katherine Biek
By Katherine Biek
June 26, 2020
The request is part of a case the justices are scheduled to hear next term.
SHOW TRANSCRIPT

The Trump administration asked the U.S. Supreme Court in a late-night filing Thursday to invalidate the Affordable Care Act.

The request is part of a case the justices are scheduled to hear next term that pits the House of Representatives and a group of mostly Democratic-led states against the Trump administration and a group of Republican state officials.

The justices will consider whether the ACA was rendered unconstitutional when Congress ended the individual mandate provision as part of its 2017 tax overhaul. Although the tax penalty is now gone, lawmakers still kept in place the Obama-era law's requirement that virtually all Americans buy health insurance.

Solicitor General Noel Francisco reaffirmed the Trump administration's position in his brief, telling the court that it's impossible to separate the ACA's other provisions from the individual mandate. Therefore, he said, the rest of the law should not be allowed to remain in effect.

Ending the ACA could leave some 20 million people's health care coverage in jeopardy.

"If Donald Trump prevails in court, insurers would be allowed once again to strip away coverage, jack-up premiums simply because of the battle they survived fighting coronavirus. Those survivors having struggled and won their fight of their lives would have their peace of mind stolen at that moment they needed it most."

President Trump and Republican lawmakers have long said they want to "repeal and replace" the law. But they have yet to come to a consensus on an alternative plan.