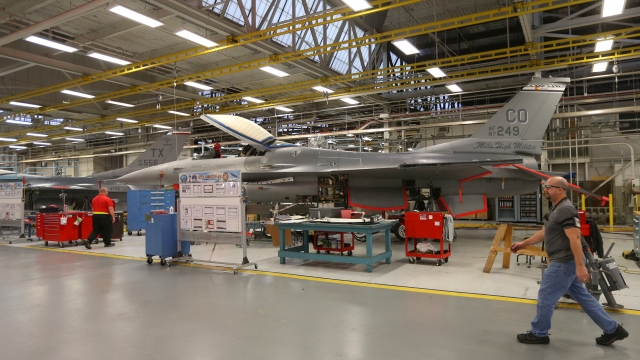 The State Department announced Tuesday that the Trump administration has formally approved the sale of 66 fighter jets to Taiwan.

The F-16 C/D sale is worth a whopping $8 billion, making it the largest U.S. sale to Taiwan in years. But it could cause trouble with Beijing when it comes to trade and Hong Kong, among other issues. When news of the proposed sale broke last week, a spokesperson for China's foreign ministry said the move "concern[ed] China's sovereignty, territorial integrity and security interests."

The spokesperson urged the U.S. "to fully recognize the highly sensitive and harmful nature of the relevant issue, ... refrain from selling F-16V fighter jets to Taiwan and stop arms sales to and military contact with Taiwan. Otherwise, the Chinese side will surely make strong reactions, and the U.S. will have to bear all the consequences."

But bipartisan support in Congress pushed the sale forward. Democratic Rep. Eliot Engel and Republican Rep. Michael McCaul said last week that the deal "sends a strong message about the U.S. commitment to security and democracy in the Indo-Pacific."

The end of the Chinese Civil War in 1949 saw Taiwan become a self-governing island. The U.S. has been selling it arms under the Taiwan Relations Act for four decades. But Beijing insists Taiwan is part of China and has opposed U.S. sales of arms to the island.