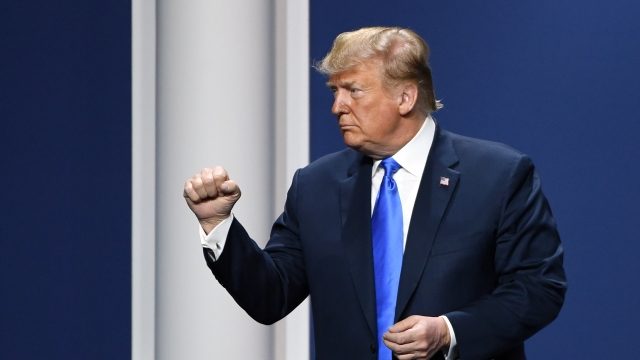 Earlier this week, a federal judge blocked the Trump administration's policy of sending some asylum-seekers to Mexico to wait out their immigration hearings. On Wednesday, the administration appealed that ruling.

The judge's ruling is set to take effect Friday. But though the administration filed an appeal, it did not request the ruling be put on hold while that process plays out.

The U.S. began sending back non-Mexican asylum-seekers at San Diego's San Ysidro crossing in January. That port of entry is the nation's busiest, and one that's been frequented by migrants from a Central American caravan that arrived in November.

Now-former Homeland Security Secretary Kirstjen Nielsen ordered the policy be expanded to other crossings along the southern border earlier this month.

U.S. human rights groups sued over the policy, alleging it endangers asylum-seekers and violates "humanitarian protections to which they are entitled under United States and international law." And on Monday, a judge in California agreed and issued a preliminary injunction.

In response to the order, White House press secretary Sarah Sanders said, "President Trump will do whatever it takes to keep Americans safe."