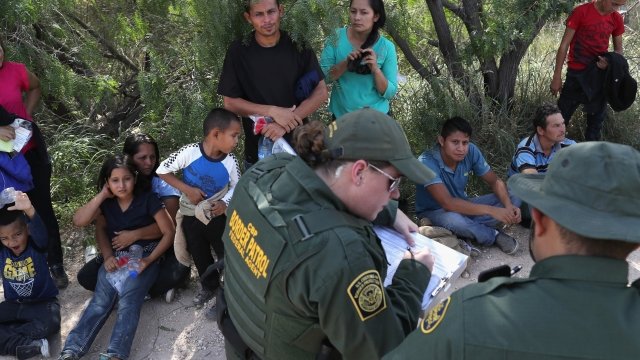 SMS
Trump Admin Submits Plan To Reunite Children With Deported Parents
By Jake Jones
By Jake Jones
August 10, 2018
There's still some uncertainty as to whether those parents will be allowed back into the U.S.
SHOW TRANSCRIPT

The Trump administration has submitted a plan for reunifying immigrant children in U.S. custody with parents who've been deported.

According to court filings first obtained by MSNBC, there are 386 children in custody with parents currently outside of the U.S. The Office of Refugee Resettlement has contact information for parents of 360 of those children. There are still 559 immigrant children in U.S. custody.

The plan is to make contact with the parents and ensure the children will be safe with them. Once that happens, the ORR will pay travel expenses for the child to be returned to their parent.

There's still some uncertainty as to whether deported parents will be allowed back into the U.S. The Justice Department reportedly wants the parents to choose between having their children sent back to their country of origin to be reunited, or allowing the children to stay in the U.S. to apply for asylum.

The ACLU is arguing the parents should also be allowed to seek asylum in the U.S. and should be allowed to return to be with their children.