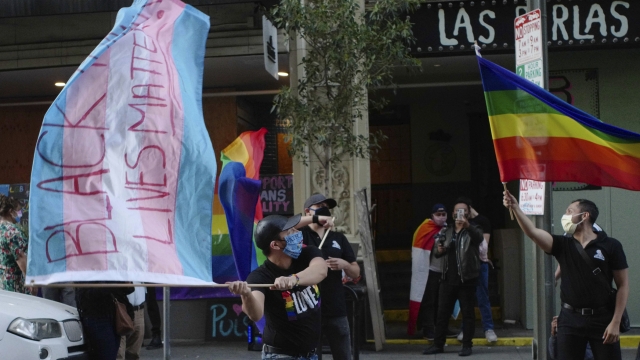 Health and Human Services announced it is removing the Obama-era protections for gender non-conforming Americans.

The Trump administration has rolled back Obama-era protections against sex discrimination in health care for transgender and non-binary Americans.

The Department of Health and Human Services announced Friday it will enforce sex discrimination "according to the plain meaning of the word 'sex' as male or female and as determined by biology."

This new interpretation prohibits discrimination complaints from people who don't identify with their biological sex or an exclusive gender.

The decision came during LGBTQ pride month and was announced on the four-year anniversary of the Pulse shooting in Orlando, Florida — where a gunman killed 49 patrons of a gay nightclub.

This announcement was celebrated by conservative groups. Some charged Obama overstepping in reinterpreting gender. Others pushed for the change so doctors weren't forced to offer gender reassignment treatments counter to their religious beliefs.

However, LGBTQ organizations decried the rule change, saying it could lead to broader gender discrimination in health care. The American Civil Liberties Union said it would join legal efforts to block the new policy.

ACLU Deputy Legal Director Louise Melling told The Associated Press: "This is not an administration that has done anything other than try to strip protections away from transgender people."

The law also allows doctors to deny treatment to women who have had abortions.