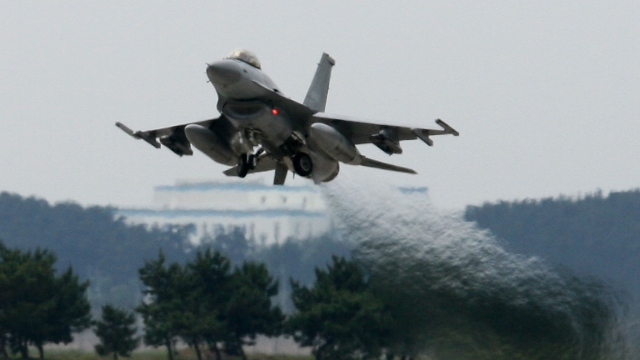 Taiwan is going to have to wait a little longer to purchase jet fighters from the U.S., Time reports.

The U.S. unofficially approved the sale of 60 Lockheed Martin F-16s at the end of March. It would have been the first such sale to Taiwan since 1992. The island has sought the jets for over a decade in hopes of helping its defense against China.

But the Trump administration wants to wait to sell the jets until after it has sealed the deal on trade negotiations with China. On Thursday, the president said the White House is "getting very close to making a deal" with the country.

While this may seem a bit like a setback for Taiwan, the sale was still in its beginning stages. Congress still needs to approve it, and the administration hadn't even officially submitted the request to lawmakers.